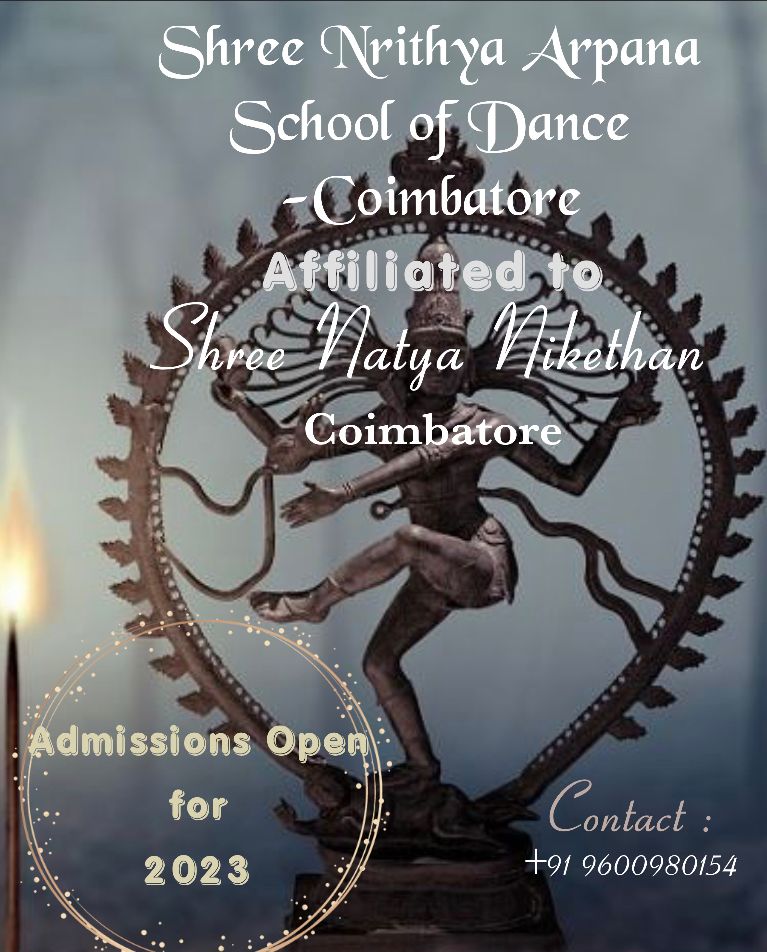 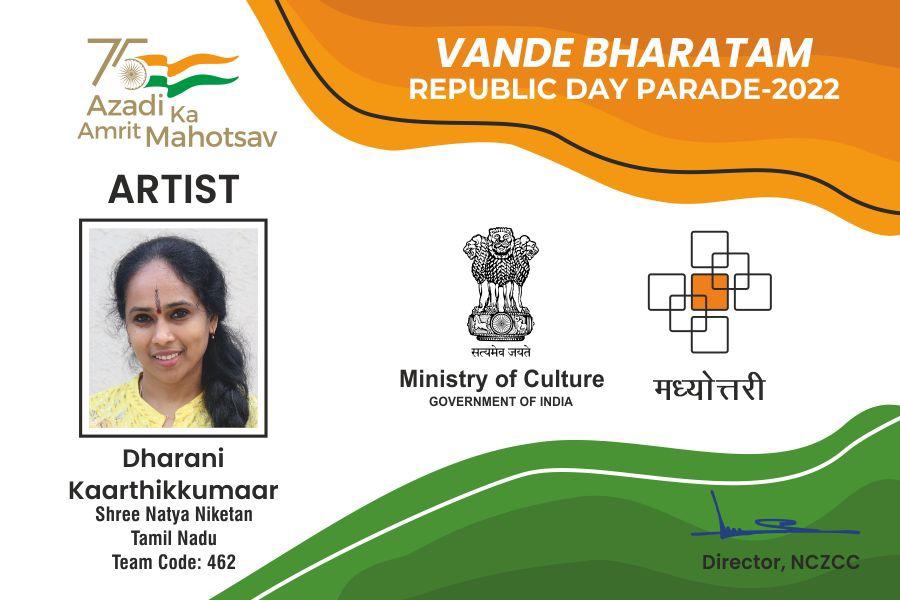 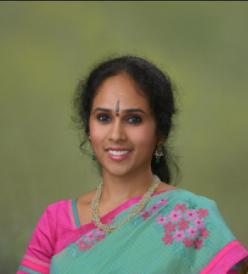 Bharatanatyam is the form of Indian classical dance that originated in the temples of Tamil Nadu. The name Bharatanatyam was earlier known as Sadir. The oldest treatise on the theory of the Indian performing arts is the ‘Natyashastra’ compiled by Bharatha Muni. According to mythology, the gods approached Lord Brahma and urged him to create a fifth veda. It is believed that Lord Brahma took the intellectual content (paathya) from the Rig Veda, the music (gaana) from the Sama Veda, the mimetic art (abhinaya) from Yajur Veda and the emotional content (rasas) from Atharva Veda and asked Bharata muni to fashion the Natya shastra along these lines. According to Bharata’s Natyashastra, the fifth ‘Veda’ was designed “to serve as a resting place for those who are grieved, weary, unhappy or engaged in and arduous discipline; towards bestowing righteousness, renown, long life, fortune, increase of reason, and affording counsel to the world.”

Bharata Natyam is considered to be a fire-dance — the mystic manifestation of the metaphysical element of fire in the human body. It is one of the five major styles (one for each element) that include Odissi (element of water), Kuchipudi (element of earth), Mohiniattam (element of air) and Kathakali (element of sky).

There are 3 divisions in Bharatanatyam:

Nritta, Nritya and Natya. Nritta is a pure dance without any emotions, expressions or sahityam. It involves adavus ( These are a Combination of hand movement and feet movement as well as head movements and eye movements). Nritya has sahityam ( a sentence which means something) ,It has emotions, expressions and has a meaning shown by the hastas. Nritta involves all four types of Abinayam. Natya is when a Nritta and Nritya are combined together with music in the background. This type of dance requires the dancer’s imagination and initiative to tell a story through abhinaya in dance. They are

2. Vachika – the song being played, poetry

Importance of learning it propely & traditionally:

The Natya veda was created by lord Brahma in order to uplift the people, so that they would lead a dharmic life. The Natya shastra came to be the fundamental authority of the techniques of classical dance.

Hence it is very important for a dancer to learn bharatanatyam properly, as it involves all the four Vedas. Learning it properly in the basic rule level gives a strong foundation for dancers and helps them to give their best output which would be a good treat to the eyes of the audience.

Bani or tradition is term used to describe the dance technique and style specific  to the guess/school. These are named according to the village of the guess (with the exception of some basis)

Attributed by Meenakshi sundaram  pillai, the dance guru who lived  in the  village of pandanallur which is in the thanjavur district in the south Indian state of Tamil nadu.The maintain   some of the oldest  composition in dance. Pure dance moments are linear & geometric.

Rukmini learned from pandanallur Meenakshi  Sundaram pillai and made several  changes to the pandanallur  bani creating the kalakshetra style. Her earlier training in ballet with   Anna pavlova ‘s   dance company  impacted her  perspective  regarding bharatanatyam and it’s presentation. This style  emphasis on correct ,stiff and sharp movements  through intensive training. It has gained reputation as an international dance centre.

Created by Vazhuvoor Ramiah Pillai, this style is more feminine, emphasizing laasya over tandavam. Most traditional performances begin with a Thodaya Mangalam in praise of Gnana Sabesa, the reigning deity of Vazhuvoor town.

Created by Mangudi Dorairaja Iyer, who revived Shudda Nritta and Perani (dancing on clay pots). His style eschews items praising living patrons (thus most of the Thanjavur Quartet repertoire) and encourages dancers to stamp the floor softly, focusing on the sound created by the salangai.

Smt. Dharani Kaarthikkumaar was born in Chennai, into a renowned business family hailing from the Karur district. She was educated in Madurai and started her training in fine arts from a tender age of 3. She started her dance training in Pandanallur style with Guru Smt. Prema Jayaraman. She then went on to train with Guru Smt. Kalarani  Ramachandran also in the Pandanallur style. It was under her tutelage that Dharani debuted her Arangetram in the 1995. The arangetram was presided by Smt. Soundara Kailasam, Shri G.K. Moopanar was the chiefguest and the dignitaries who graced the occasion were (retd) justice Ratnam,selvi.S.Leela &Smt. Saradha Nambiarooran . Smt. Soundara Kailasam conferred upon her the title Natya kalaiarasi for her elegance and expertise in her debut. After her debut Dharani continued giving performances in prestigious sabhas like the Narada gana Sabha and other prestigious events.

Dharani is also an accomplished Carnatic singer and sings from time to time at temple festivals out of her passion for singing.

After training under various gurus for more than 30 years Dharani and assisting her gurus in teaching younger students, she decided to set up her own dance school, and started Shree Nrithya Arpana School of Dance at COIMBATORE. Dharani has evolved her own niche dance style within the pandanallur and kalakshetra tradition. Her mixture of dance movements and expressions are considered a visual treat for the audience.

Azadi Ka Mahotsav, 73 rd Republic day Parade in the presence of the Prime Minister and the Hon'ble President of India.

The students of Shree Nrithya arpana(SNA) will be trained in the six level examinations conducted by PRAYATHNAM, Chennai after which they will stage their arangetram and will be qualified vidhushis after they clear all the six levels. They will also be trained in nattuvangam